Institute of Industrial Engineers Australia
IIEA NEWSLETTER-August 2019 Vol 2
Industrial Engineering is concerned with the analysis, design, improvement, installation and management of integrated systems of human resources, finances, materials, equipment, energy and information and the synergy between them
Federal President: Sam Ghaith(FIIEA) samghaith@hotmail.com
Editor: David Karr(MIIE, CP Eng, FIIEA) davidkarr@interspacial.com.au
Federal Office: Engineering House 11 National Circuit, Barton ACT 2600 Phone: +61(0)2 6270 6555, Toll free: 1300 653 113 Web: www.iie.com.au
From the Editor(articles and comments are definitely encouraged)
From the Federal President
Dear Members
I'd like to take this opportunity to welcome David Karr as a newly appointed Director for the Institute of Industrial Engineers. David brings years of knowledge and expertise and has always stepped up to assist the institute when required. We look forward to his ongoing contribution and value add to our members on institute matters.
Along with the existing members of our council, Bob Watson, Damian Kennedy, Craig Sutton, Lex Clark, Scott Fairburn, John Shervington, Mo Barghash. Our Overseas Chapter representatives Chin Hak Wong (Singapore) , Rohan Fernando (Sri Lankan) we will continue to strive to improve our services whilst working with EngAust and our respective industry partners where we can.
On a personal note after 9+ years as a Volunteer with the institute ill be stepping down to focus on other commitments but will continue to provide support and consult to the Institute and its members as required.
I'm honored to have been part of the institute for so long and be part of the milestones that continue to contribute to its name. I'd like to thank all the members for their continued support and to the Directors, Volunteers for their commitment to the institute. With a special thanks to Robert 'Bob' Watson for his support and stepping in whenever called.
Kind Regards
Sam Ghaith, FIIEA Federal President – IIEA 4th July, 2019
Division Reports
NSW Division-John Shervington(MIIEA)
Institute of Industrial Engineers Australia NSW Division Report 2019
This year I have organised another Small Group Meeting for NSW members on Saturday, 27th July, to be held once again at the Coffee Club in the Rhodes Shopping Centre between 2 and 3.30pm. As before there will be an opportunity for understanding the professional situation of each member as well as individual concerns and future directions for industrial engineering.
We were also invited by Academic Programs International (API) to help place in Sydney a USA Industrial Engineering student for unpaid work experience. Particular members were contacted but their organisations were neither equipped to assist nor were given sufficient notice. API will endeavour to give more notice for future placements.
Recently I have received assistance from the incoming IIEAust Membership Director, David Karr, who is endeavouring to update and correct our membership database from a previous membership listing. The comparison with my own NSW listing showed two new Engineers Australia (EA) members who may have joined IIEAust as an option via EA. Both these members I have duly contacted and invited to the Small Group Meeting above.
Finally but sadly, one of our Life Members, John Mouritz, died last year. Engineers Australia had already been notified.
John Shervington
Federal Councillor Director NSW Division
1

Report from WA Division
The IIEA WA Division is working closely with WA Division of Engineers Australia(EA).
It recently co-hosted Digital Workshop entitled 3D PRINTING/ADDITIVE MANUFACTURING in May. The workshop was attended by 95 members of both organisations.
The workshop highlighted the impact of additive manufacturing in the engineering workspace. Also with the digitisation of systems, it is becoming far easier, quicker and cheaper for organisations to develop and produce intricate components
IIEA WA plans to hold further co-hosted events with EA in the near future.
The WA Division is planning to hold a members training and social event in October.
The event is to welcome both old and new members to the IIEA.
Two members Bob Watson and David Karr will be representing the WA Division at the upcoming IIEA AGM to be held in Melbourne in September.
David Karr(CP Eng, FIIE) on behalf of Bob Watson (FIIE) IIEA WA Division President _____________________________________________
2019 IIEA AGM
The 2019 IIEA AGM and Federal September Council Meetings will be held on Saturday 7th September at the Park Royal Hotel, Tullamarine. Times are from 08:30 to 17:00.
Further details will be forthcoming in the email shortly to be sent out to members.
If not received by Friday 24th August, please contact Scott Fairburn Federal Secretary on scott.t.fairburn@team.telstra.com
_____________________________________________
Humour
One of These Things is not like the Other One of these things is not the other.
A frozen pizza, a bachelor's degree in engineering, and a doctorate in conceptual mathematics.
A frozen pizza and an engineer can both feed a
family of 4.
jrgwde via Reddit From the Editor-Interesting IE Articles
Consensus Decision Making utilising Game Theory
Game Theory deals with the analysis of "games" (i.e., situations which involve conflicts of interests or various solutions).
What Is Game Theory(GT)
The branch of mathematics concerned with the analysis of strategies for dealing with competitive situations where the outcome of a participant's choice of action depends critically on the actions of other participants. This usually leads to a democratic, harmonious and optimal resolution process for simple or very complex challenges. Game theory has been applied to contexts in business, society, war, and even in government.
Game Theory was developed by John Nash-American Mathematician
•Is a very democratic method of problem solving.
•The makeup of the participants is important so as to allow for as unbiased outcome as possible
•It allows all participants to equally have their input heard
•The input is then collated and refined •Ranked Balloting then determines each participant’s choice
•Ranking occurs by first choice having the highest value and so on
•The ballot results are then published •Further Benefit and or Risk Analysis(by each participant) can be undertaken with respect to various criteria such as costing, timing, impact to business etc
•The benefit/risk analysis results can be attached to the initial GT analysis for final decision choice
•It removes the intra organisational conflict, competition, dysfunctionality leading to optimal business outcomes building inter personal trust
•Utilises Intelligent Objective Consensus(IOC)
For Game Theory to be successful, there needs to be meaningful follow up.
David Karr(CP Eng, FIIE)
2

This article was previously published in the New Engineer Journal, October 2014
Leadership:
The End of the Taylorist Era!
The business world is dramatically different today than it was even a few years ago; technology is driving a revolution within business modelling and this places high demands on business leaders. Today, competition is not just the domain of global scale-intensive industries because anyone with imagination can leverage a value proposition through the connections afforded by the world-wide web, and can do so at considerably less cost. Competitive rivalry increases as this new cohort of players enters the market with innovative business models. Recently the Business Council of Australia(BCA) made a submission to the Senate enquiry into Australia's innovation system rightly identifying the key role regulation has in setting macro environmental conditions that encourage it. The BCA offered three actions: a need to broadly define innovation and the system that underpins it, the need for competitive tax systems and a collaborative workplace relations system, assurance of skilled human capital with supporting knowledge systems. Innovation as the BCA suggest is not simply concerned with new products or research and development, but encompasses all business activity.
For business leaders innovation concerns the intent, purpose, direction, and destiny of their organisations; the strategic review process that today needs to be conducted every three years. Strategic reviews should aim at regeneration, but in practice they are often prescriptive transactional documents that provide corrections to previously held assumptions. Organisations move along predictable linear pathways where competitive rivalry, among other things, ensures uncertainty. But in dealing with uncertainty organisations simply open their tool kits and institute predictable linear improvements such as reengineering, supply chain management, enhanced customer responsiveness, and of course cost controls. As a whole the industrial philosophy underpinning this is Taylorist: wealth creation by getting better at doing the same things. Strategic planning then, locks organisations into past practices and focuses continuous improvement towards resource allocations. The prescriptive calendar based budget process allocates resources to the strategy but in doing so diverts manager’s attention away from the organisations purpose
and towards departmental needs. This top-down approach forces reactive continuous business process improvement by concentrating on efficiency improvements such as better inventory management, order processing and purchasing.
The traditional strategic review process aim was to set unity of purpose, but in practice this has been internally focused and conservative. Resource allocations tie resources down to controlled predetermined parameters and largely eliminate the flexibility of staff by the need to achieve budget efficiency. The new global marketplace is one of rapid change, and this change is revolutionary; in this environment mental agility and speed in decision making is needed. The recommended period between strategic
reviews is three years today, not that long ago it was five years and was considerably longer in the not too distant past. Strategic reviews are likely to become a continuum; a
continuous creative process where intuitive leaders become catalysts and facilitators of the organisational team rather than the top dog pushing a plan that may well be out of
date at time of approval. For the broad cohort of engineers, what is the likelihood of progressing to the apex of organisations in the future? I believe the odds are diminishing simply because there is little debate within the profession around the broader development needed to steer organisations. Successful
managers within industry require training and experience. in business and engineering given technically inept managers
can be deprived of support by their technical teams, and non-commercial managers may lack the acumen to deliver in a market economy. But a strong background founded
in both business and engineering also helps to develop intuition, that is, the ability to reach sound decisions with insufficient information by drawing on personal knowledge and experience. Engineers during the 20th century needed full mastery of computer sciences and mathematics to assist the implementation of rational systems; engineers in the 21st century cannot limit themselves to modelling or optimising. A third skill must now be added: the capability of proposing
new concepts through creative reasoning
Robert Murphy MIIEA Robert.Murphy@labrobe.edu.au
3
https://www.facebook.com/

Australia Engineers has planed, to start from the next 8 months the development,design,test the Country Weapon System Australian defence fo... 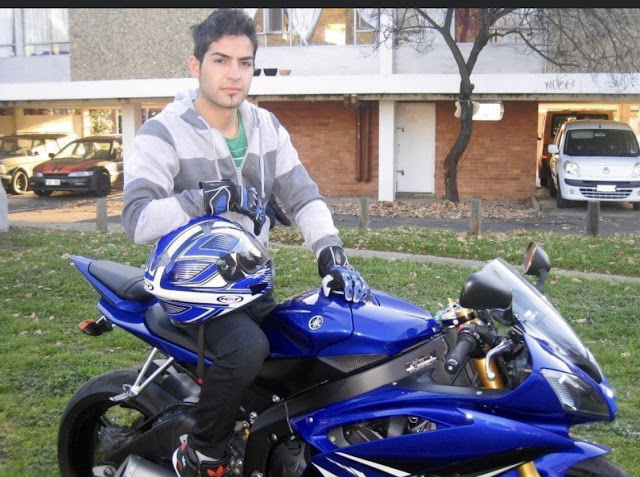